Warning: The next phrase of this sentence will be PG-13 or possibly G-rated depending on your personal views of nature and the unsparing details of how it works.

Most of the pictures coming up though will be the most innocent possible nature pictures. Of course this depends upon how you feel about bugs and alarmingly up close views of the natural world.

So while I have never given an MPAA Rating to one of my posts before, today I am assigning this one a G to NC-17 rating, depending on your proclivities, for:

2. Possibly frightening images of bugs just hanging out harming no one.

I'm just saying, one of my co-workers told me she couldn't sleep so looked at my blog and was freaked out by a squirrel staring right into her soul! This could be the kind of thing that could happen to you today!

But it probably won't. Alas.


We have recently discussed my historical wariness as regard to bees. 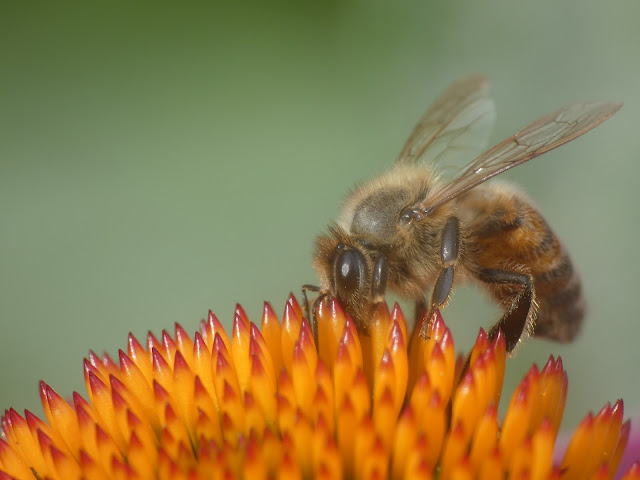 And in it we advanced the idea that photographing them has made me more comfortable around them. I pester them with my photographing until they get slightly irritated at which point I apologize profusely and all is forgiven.

This system works surprisingly well for me, and modestly well for the bees. They told me so.


Something similar is happening with bugs.

Historically I can be a little averse to bugs. And if some wee, innocent (or not particularly innocent creature) lands on me I have been known to leap into swatting, cavorting, gesticulating, brushing, gyrating action. Generally the bug leaves the area and everything in a seven foot radius around me is destroyed.

But now, in my journeys, I go looking for bugs. I don't have the luxury of destroying the world around me. It would ruin my pictures. Sometimes even mosquitoes land on me and I don't whack them; I am in the middle of photographing and can't be disturbed.

I have a few more mosquito bites than normal for this time of year.

A few days ago a gorgeous, radiant blue dragonfly landed on my hand on my camera when I was on the bluff over the Mississippi River. Instead of flinging my hand out and hurling my camera in alarm I just thought:

"Wow, this is lovely. But how will I photograph it?"

I did not figure out the answer to this. But here are a few pictures of the black and white dragonfly that I see a lot in the library swamp: 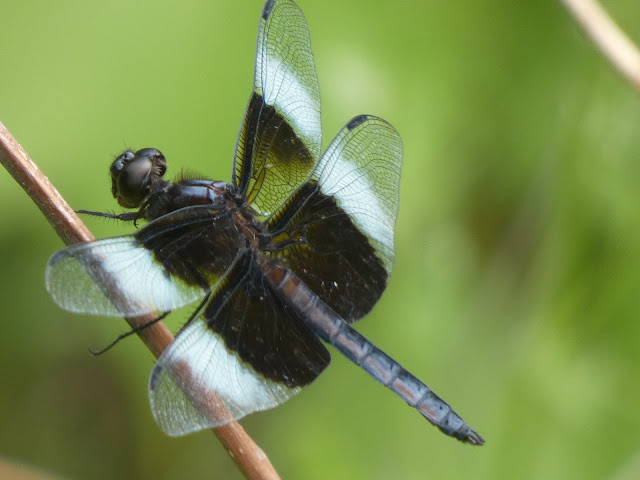 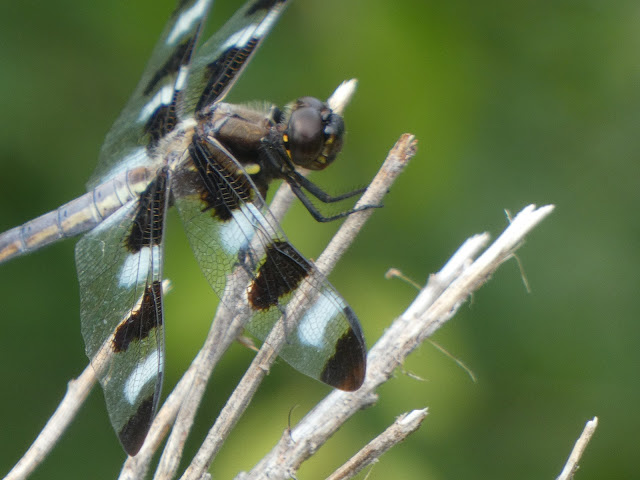 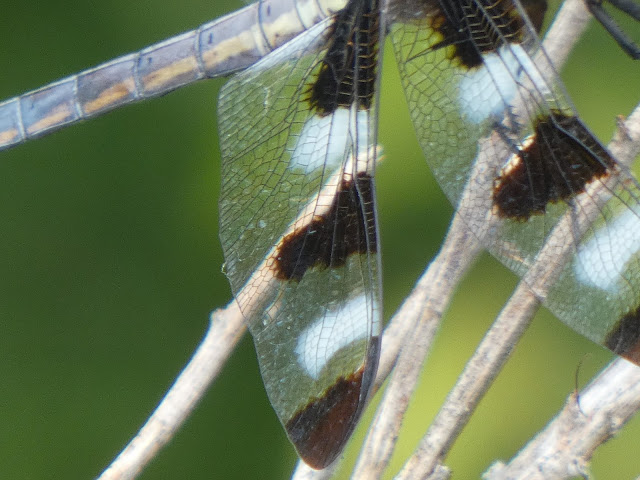 I suppose dragonflies and butterflies and even bees would be the low hanging fruit of slightly bug-phobic insect photography. It would be hard for even a person such as myself to get the willies from a picture of a moth wing like this: 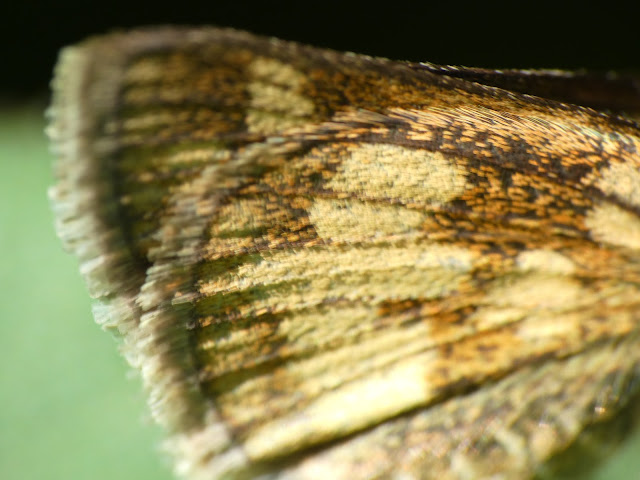 Fortunately, or unfortunately (depending on what MPAA rating applied to you in the preamble warning section of this essay), I have progressed further along than the exotic beauties of the flying insect kingdom.

I don't know if I'll ever dare to photograph a spider. And I saw an earwig the other day that after a brief moment of consideration I decided to take a pass on (have you ever seen a mass of earwigs spill out of something?). But while I started photographing with only the uniquely colorful beetle miscellaneous type bugs, I have since become open to almost anything:

Like this brown and black slightly spiky sort of fellow: 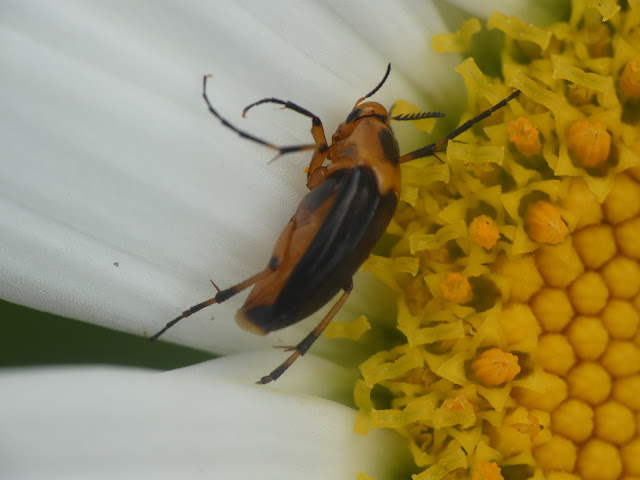 Or this complicated two-layered construction: 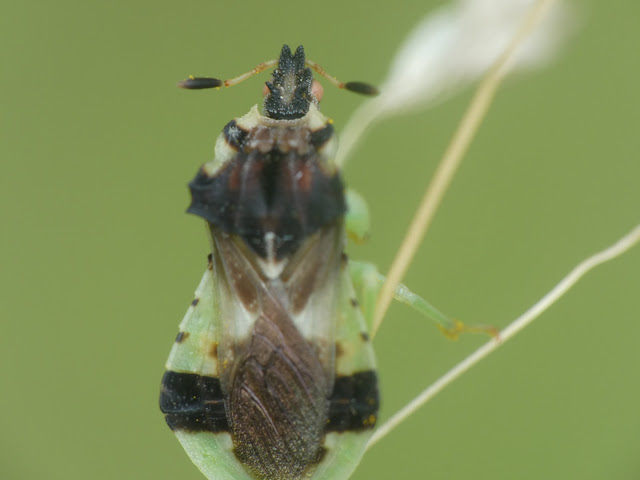 Fairly speaking, this one below has a touch of the rainbow to him, but he is also quite... buggy, if you know what I mean.

I think you know what I mean. 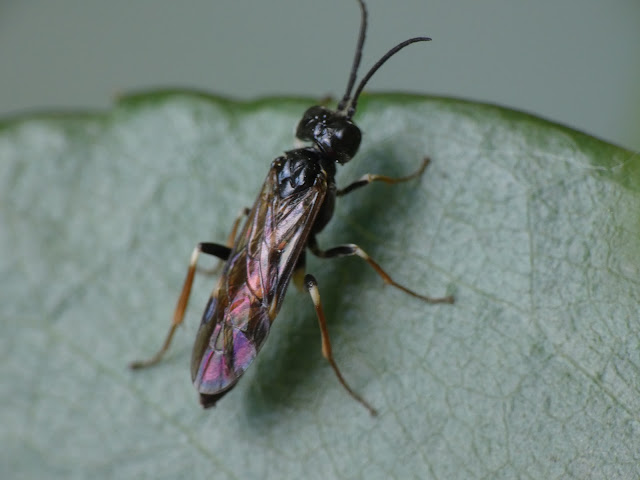 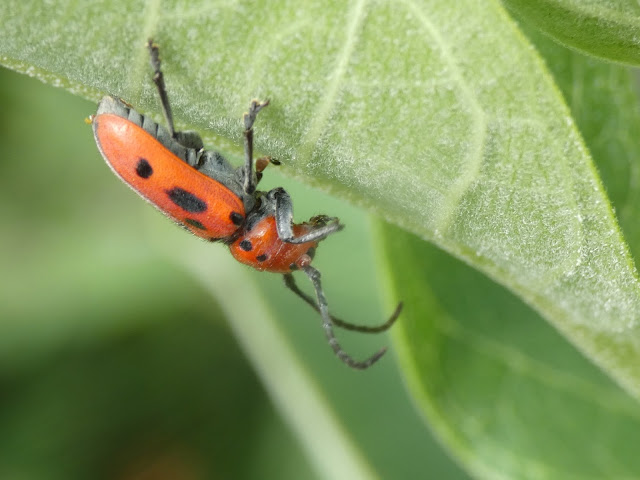 This fascinating character is more patterns and strangeness than any notable color. 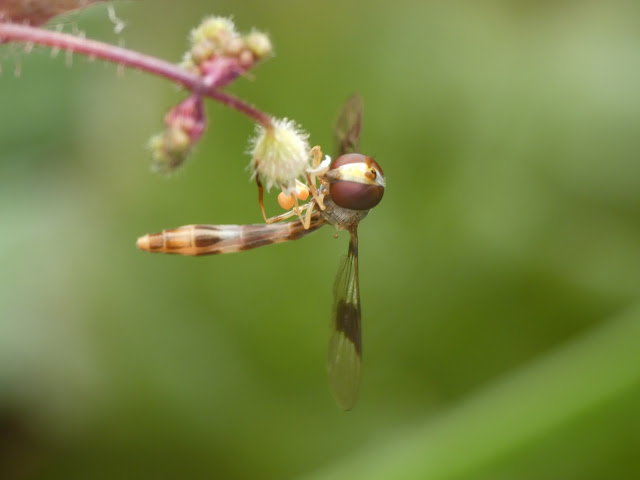 This, coming up, outside of the lovely backdrop color, is more or less completely colorless, but it's hard to imagine it alarming even someone vastly more bug phobic than myself. 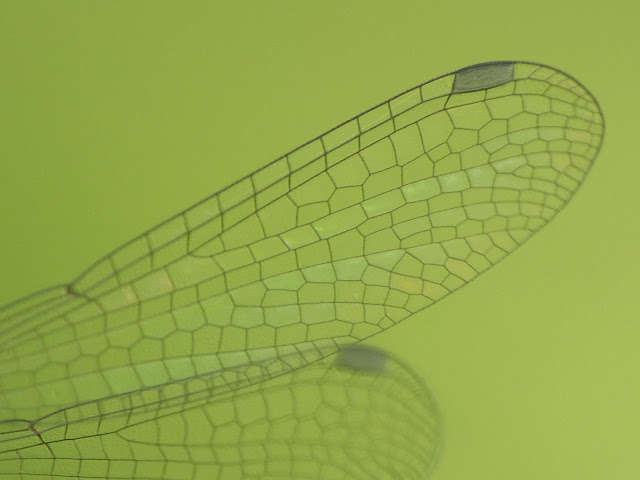 Although admittedly it is always hard to fully imagine and understand the depth of the phobias of others.

It is a dragonfly, and the so picturesque and often dazzling dragonfly does have its horrifying elements from the right perspective. While this one below does not particularly disturb me, I can at least easily see how it would: 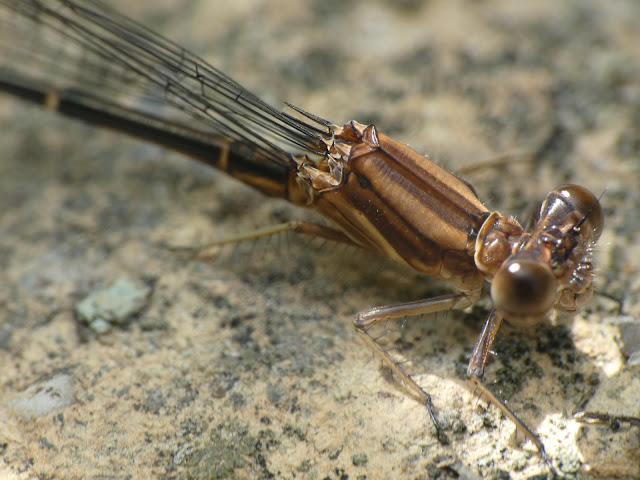 So as we approach our last picture what I'm saying is that in all these photographs I've been taking of insects, when I really look, and tap into all my fears and wonder, my love and hate, my itchiness and freedom, I think there are a lot of places where I can see something in two ways:


When there's a choice, a real choice, I'm trying to choose beautiful. 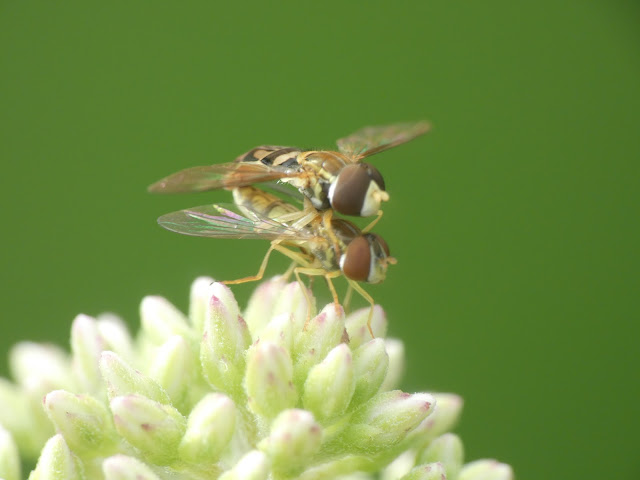