At the dawning of the Pandemic I whipped out a new blog tool: Photography (yes, I am ever 20 years behind current trends). I thought taking some pictures might suit the more home-based conditions this international crisis would bring about. And though for years I resisted images in clerkmanifesto from the viewpoint of literary purity, The New Yorker never rang me up, and I had to award myself all the Nobel Prizes I have been given.

I have three Nobel Prizes. Two literature and one peace. I'm still waiting for the checks. I think they may have been misrouted to Bob Dylan.

So anyway, the death of millions seemed like a great temporary opportunity to just let it go and take pictures and put them in my blog.

And if people are just going to keep dying then I am going to keep taking pictures! I was always a little afraid that pictures would cheat on the words, but I have been surprised that they go together pretty comfortably for me.


Also I thought I'd like to get some pictures I've been fond of (that I haven't found a place for in any posts) up on the blog.

My first pictures here were of graffiti. There won't be any of that today. Partly this is due to my not finding it easy to track down new graffiti where I photograph, and partly it is due to it not being that fun or easy to take pictures of.

But almost simultaneously to the graffiti I began photographing flowers. And that is still mostly what I'm thinking of photographing when I step out my door. Taking pictures of them day after day I keep expecting a little bit that I'll get tired of them, but there always seems to be something new and interesting going on.


Here are some flower pictures I don't think I've shown yet: 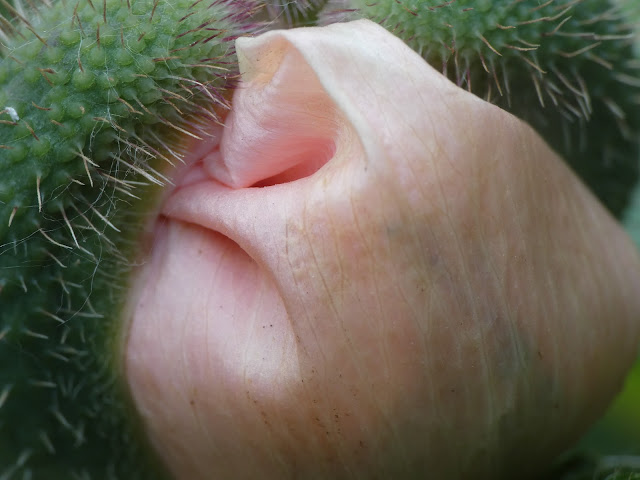 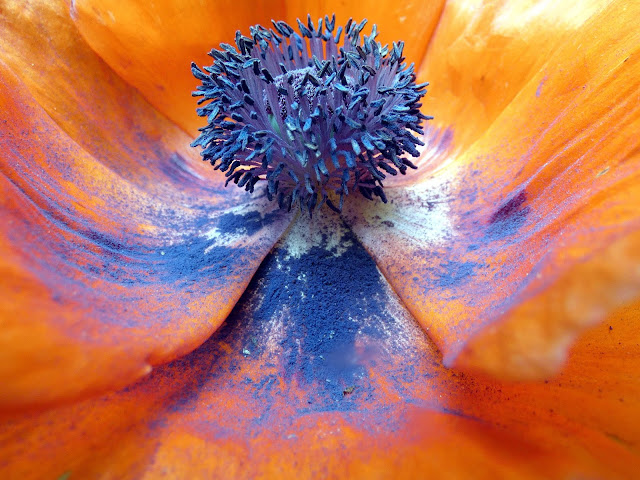 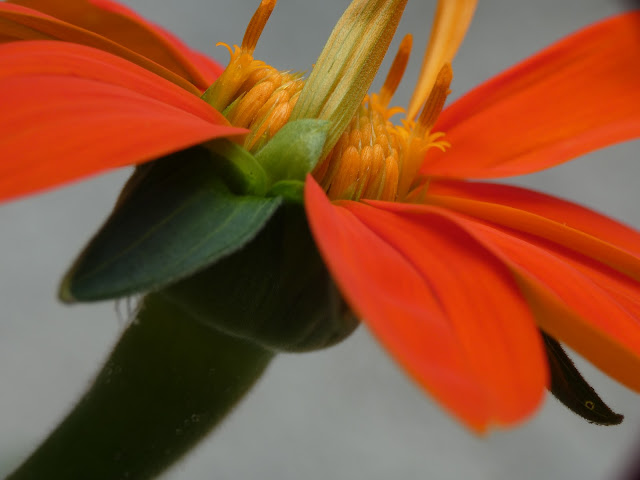 Somewhat more recently I've added in what I think of as framing devices to the flower pictures as well. I think of myself as a little on the fence still as regards to this technique, but when I fiddle with them and pull out the very few that work I am happy with them, and so I have more plans in the works: 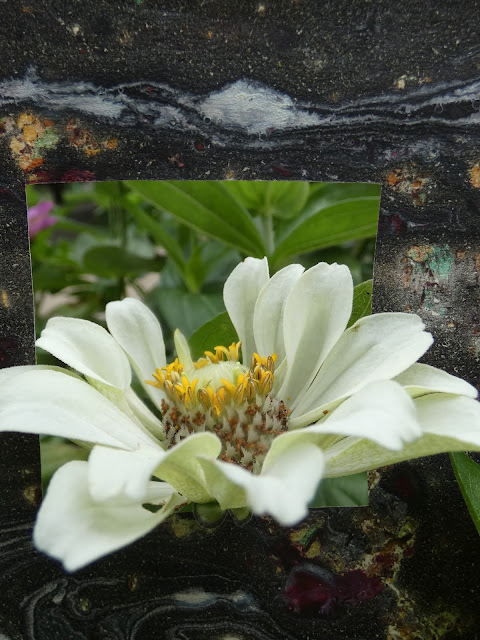 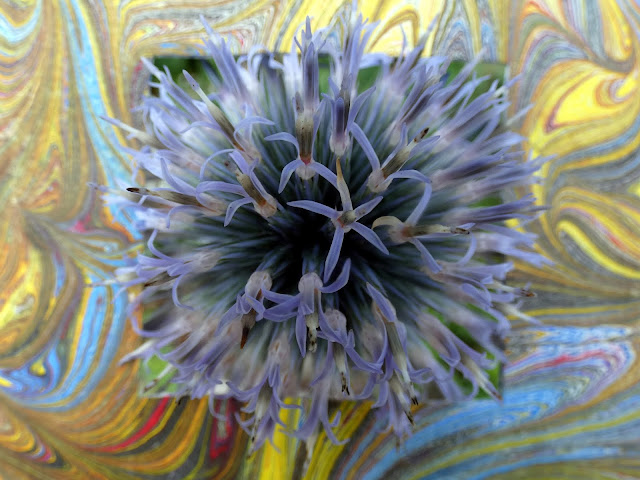 This one isn't exactly a flower (yet), but perhaps bodes well for the post flower world I'll have to adapt to from the end of October clear into April. In illustrating the way that I categorize my pictures I used a lesser version of this picture last week: 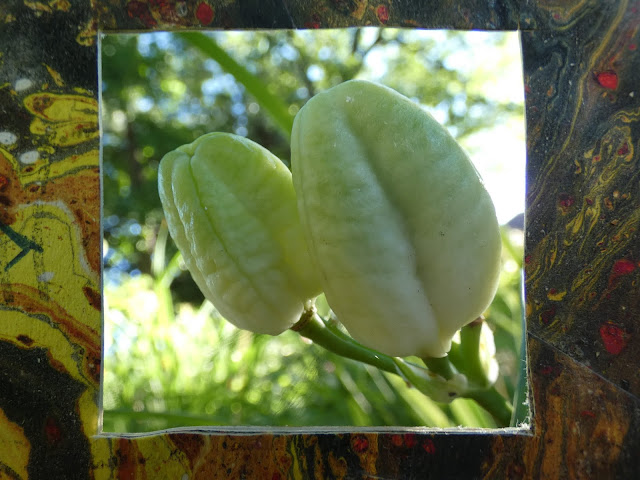 In that context perhaps we're less than a couple months away from more and more pictures like this one up ahead. I like this leaf so much I still carry it around with me! Alas that it's now falling apart though. 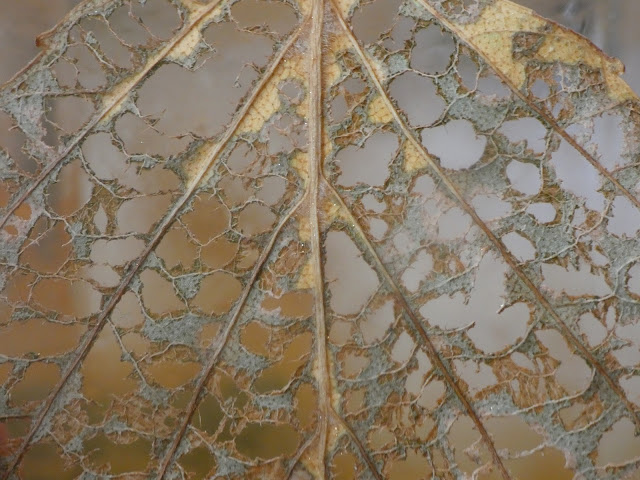 The other experiment related to framing is wherein I drop little paintings into the flower beds. Here's a couple of those. The bee visitor on the second one was felicitous: 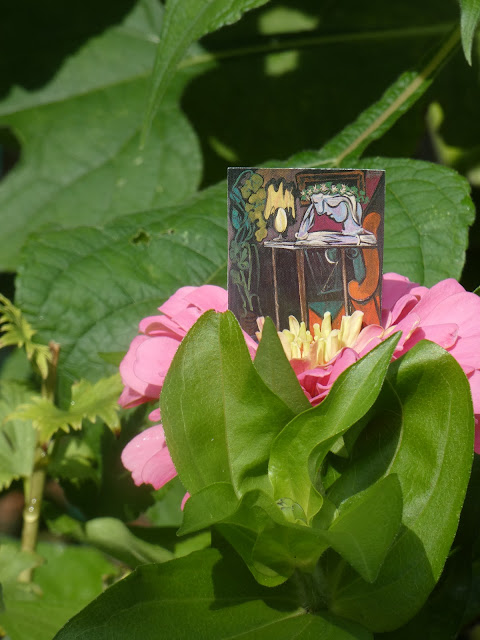 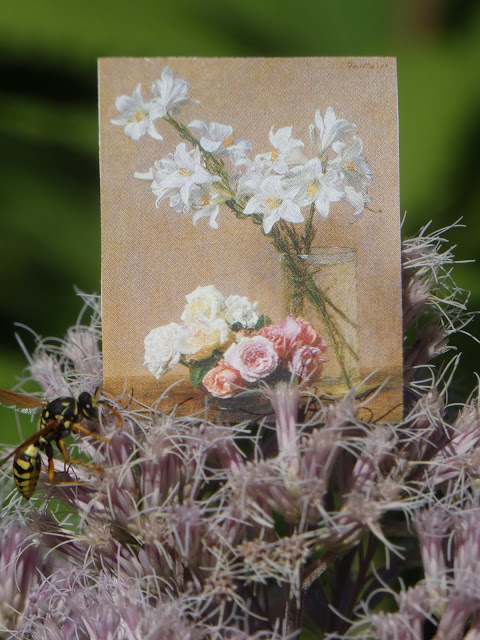 But I hardly think I'm going for all contrived pictures. And I'll still pretty much drop anything to try and get a picture of any bird, animal, and most insects. I'm always happiest when they're looking at me (and, by extension, you) like in this below: 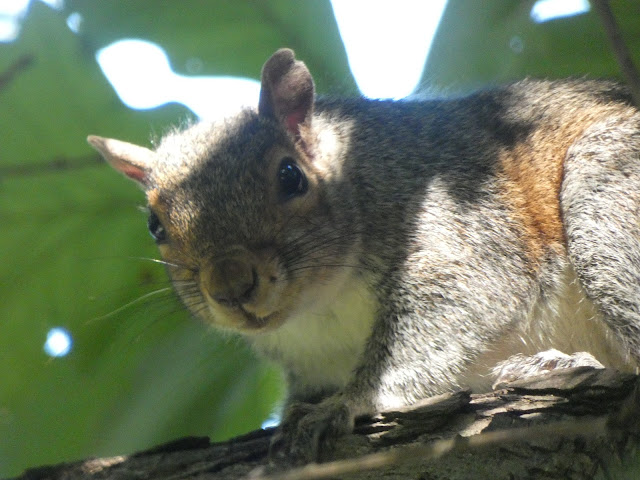 And there you go. You're all up to date!