This one is called:

When Your Dreams Come True After the Fact

There are legal ways to get stoned in Minnesota now, and though they are narrow and ridiculous for the most part, they work fine. I tried them. I got high. I remembered that I don't much like being high.

I kind of liked getting stoned when I was a teenager, or, I got stoned occasionally and either thought I liked it, or I wasn't very clear that I didn't like it. Or maybe I liked it in very special circumstances?

Usually getting weed was challenging and complicated and much sought after by me and my friends in our mid teens in a lifeless suburb of L.A. So what happened to me today would have been like a dream come true had it occurred back in those days.

And though it wasn't anything like a dream come true today, it was still neat, and hearkened back to that old feeling.

I was out at Reservoir Woods, a place with a lot of different, interesting, semi wild environments quite close to the library I'm at right now. I was taking pictures in the wetlands. 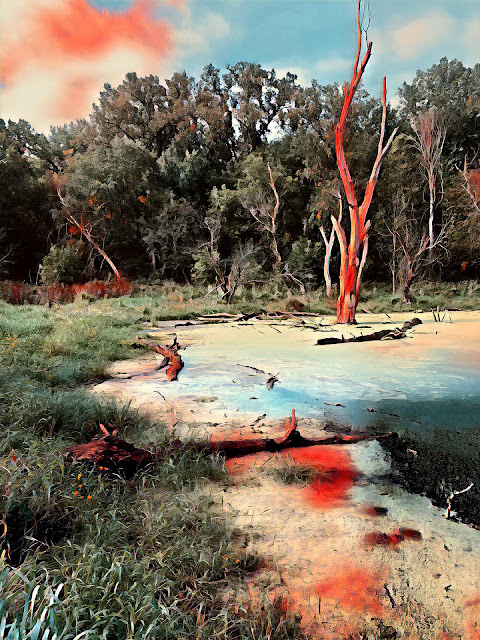 To the right of this picture is a quarter mile stretch of water and algae, all full of ducks. So this wider area was all grassy and halfway between a swamp and a lake. When I was at the other side of the water from this picture, where a major paved trail passes along, I plunged down a small, rough trail to get a view across the water. But before I got to the water's edge I found a grove of tall plants, maybe a dozen, that, though I have heard easily grows wild, I have never before seen growing wild anywhere.

The plants were six to eight feet tall, some of them with loose, but notable buds growing on them. I love the smell of fresh marijuana buds. I even clipped off a couple of them and shoved them in my pocket. I don't know what I'll do with them, but I highly doubt smoking them will come into it.

I also took some pictures of the plants. Hopefully they are trippy enough for you. 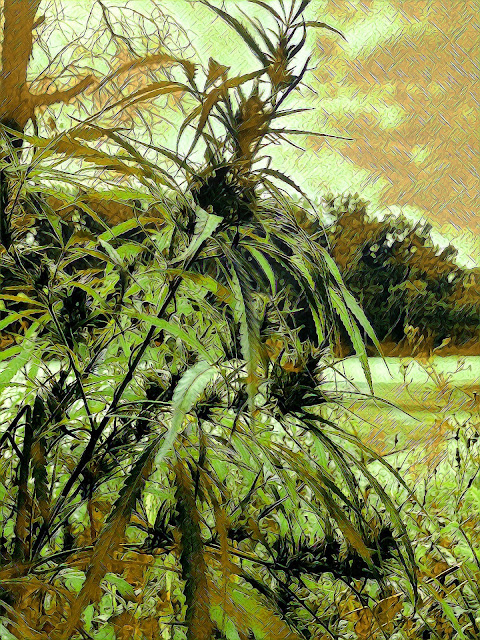 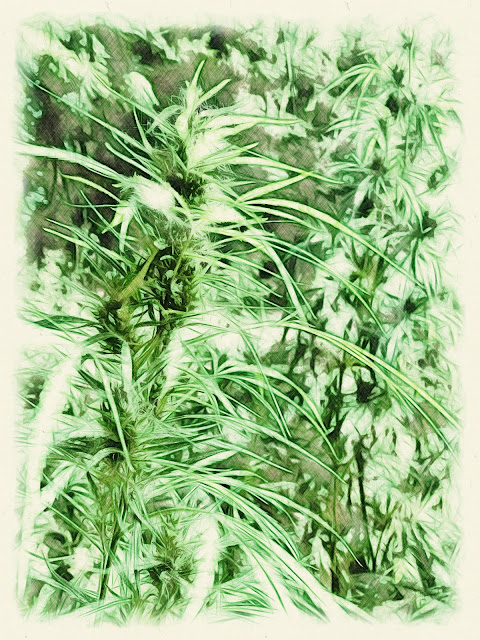 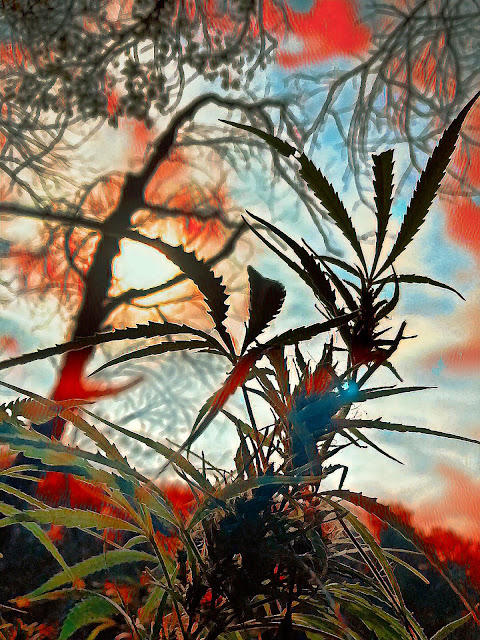 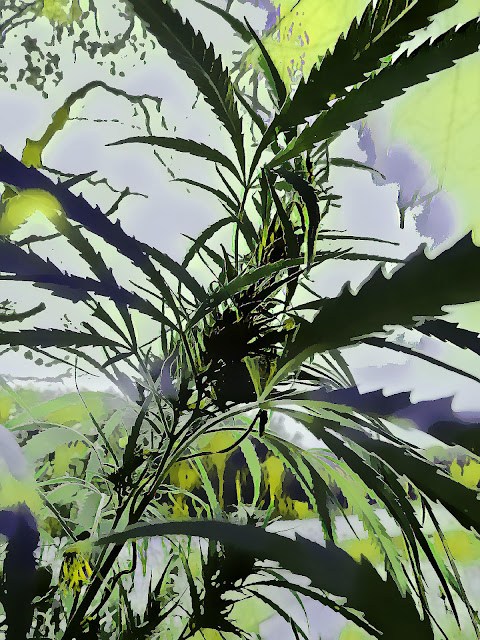