Trying to reassure myself on a recent morning I noted that the most reliable odds of a Biden victory placed his chances of winning currently at 87 percent.

I'd take an 87 percent chance at almost anything. For instance it was unseasonably cold out, but I needed to go for a walk because I haven't really been getting enough exercise. I looked up the weather on the Internet to see what the precipitation chances were. Yes, it was cold, but the chance of snow (Snow! In mid October!)  was listed as just 5 percent and soon dropping to 0 percent. The conditions of my walk seemed assured. A one in 20 chance is laughably small and so I grabbed my camera and headed out for a journey through my neighborhood.

At which point it started snowing.

It was a fluke, I thought. And it would fade as the chance of snow dropped down to its impending forecast of zero.

But it just snowed harder.

And my point in all this is that I will take an 87 percent chance of a desired outcome anytime and be delighted to do so. But that doesn't mean that 13 out of every 100 times freezing fucking ice won't fall out of the sky and bury and kill everything.

But don't worry. If such a thing happens, against all the odds, then surely Spring will one day come again.

There is an 87 percent chance of that. 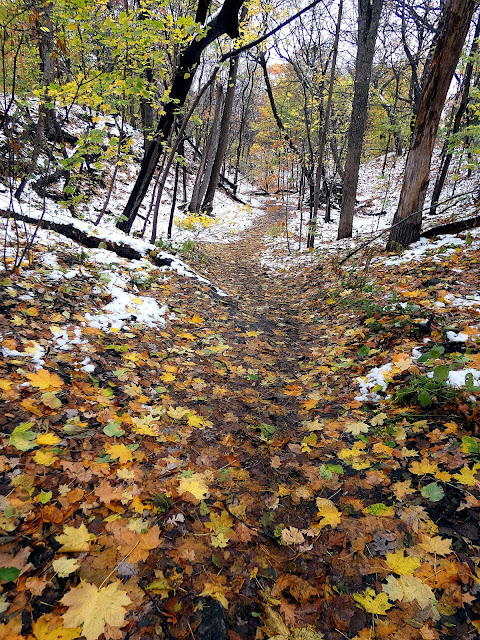 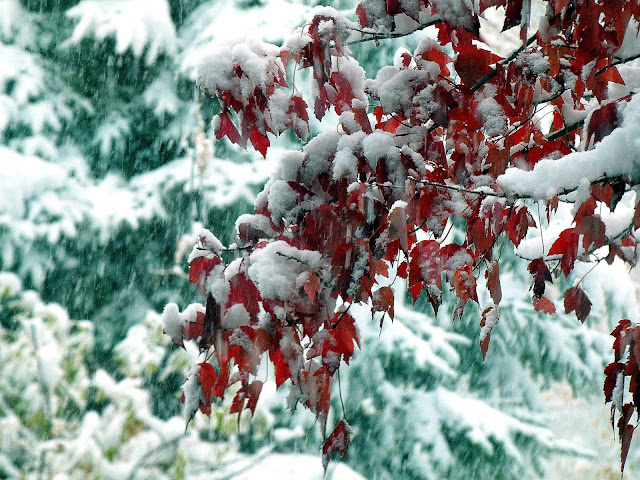