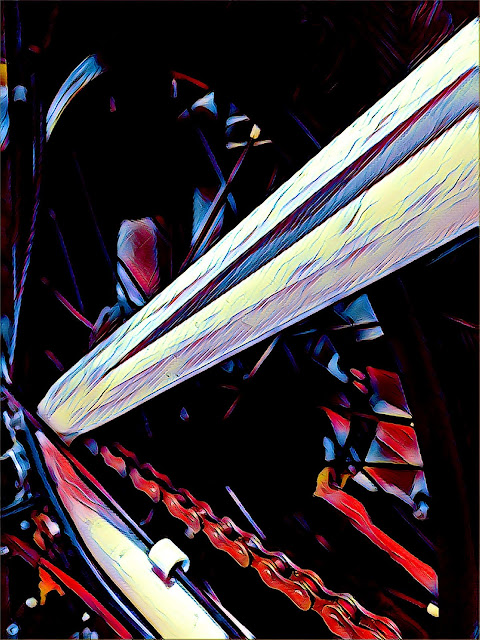 Yesterday, after biking to work on my slightly tank-like electric bicycle, I reflected negatively on the experience. I live in a world made for cars, full of giant streets, cartoonishly spread out points of interest, and miles of asphalt. And though I found bike lanes and straight paths to my destination, I felt a stranger in a strange land, a Lilliput among metal giants. Are there even people in all these four-wheeled metal giants, hurrying along, never stopping, always eating?

Yeah, there are people in there. I've been one. But that's the only way I know!

But with my expectations lowered my ride home was better. Though the city has a long way to go, along one main street I found a fully dedicated off road bike path I hadn't even noticed on the way there because it was on the other side of the street. Also, I hit all the lights much better. Having to perch on a curb at the single ugliest feature of any bike ride, a major intersection, can turn the brightest optimist sour.

In addition to all of this, with my city not being Utrecht out of the way, I was able to suddenly appreciate that there actually were bike lanes for over 80 percent of my trip, and a few of them were even separated from the roadway (see paragraph one, it's super interesting!). Furthermore, I was on an electric bike. An electric bike is a lot of fun! I have had to try and explain what an electric bike is like many times now, but I'm never entirely satisfied. I think I might finally have it now:

An electric bike is like all the good parts of a regular bicycle:

moving along under one's own power,

without any of the bad parts of a regular bicycle:

having to move along under one's own power.

But in the end the equation is a simpler one:

Well, I'll leave you with a song today: