I wandered out into the gritty center of Winter. One might even say I trudged, as I soon found myself in a local, sidewalkless neighborhood, plodding in unplowed streets where the snow had turned to what my wife calls brown sugar and butter. It was a mild day, in the twenties (270 kelvins), and though I had two cameras I had walked a long way without feeling the slightest compulsion to photograph anything.

And then, down a long street, coming from the railroad track's dead end, there were the turkeys.

It is, after all, the turkeys' neighborhood.

I took pictures of them, dark in the snow and under a dim, gray sky. I came close to them which always sets them on their slow way, though they never linger too much anyway. All day they make their long, stately rotation through the backyards and streets of the neighborhood. I love how it is all a world of humans, with grids and walks and straight ways, but the turkeys move through it as a wild world, a world of turkeys, hilly and flat, grass and snow and cement, but all of it open equally to them, none of it straight or for one place to another.

As I stood photographing, the turkeys strolled by me so close that I could not get a picture, partly from the movement, partly from the limitations of the lens, and partly from my beating heart, thrilling at being all among the wild turkeys.

I do my best not to impinge upon the hospitality of the turkeys. I'll linger with them where I first come upon them. Then sometimes I'll follow around to meet them on a second street. After that I get the sense that maybe they've had enough of me, even if I, not always, of them.

I have shown you many pictures these years of the turkeys, but rarely have I gotten ones of them so grouped together, and so I hope that a couple of those give a feel for the flock, and for being among them. 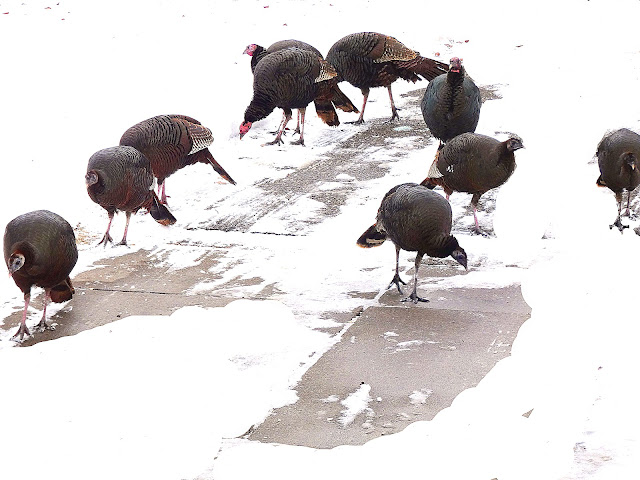 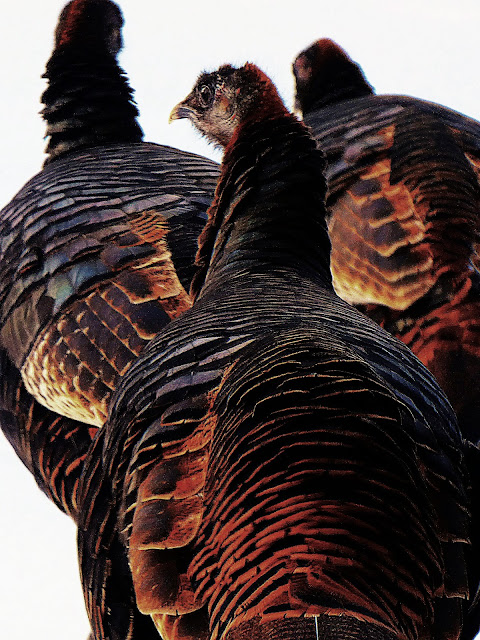 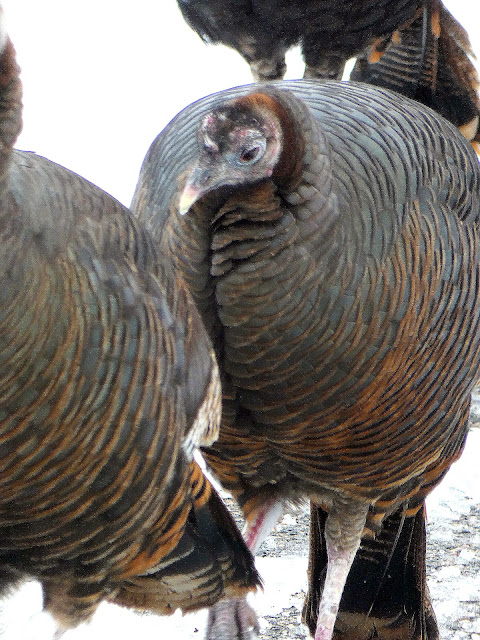 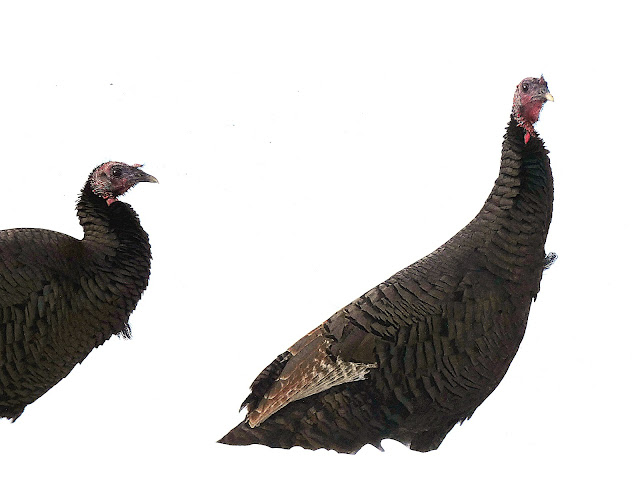 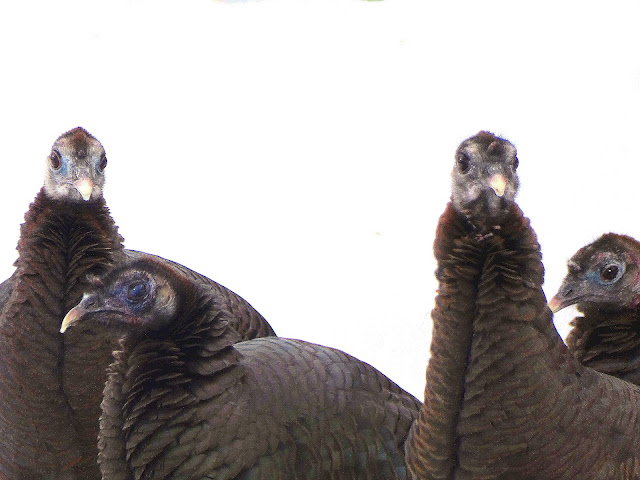 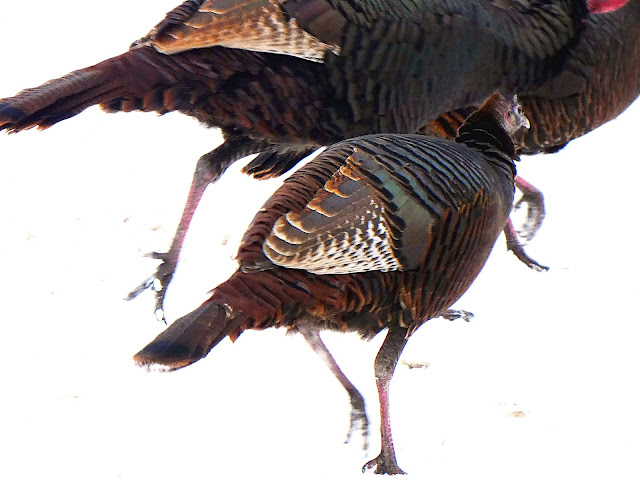 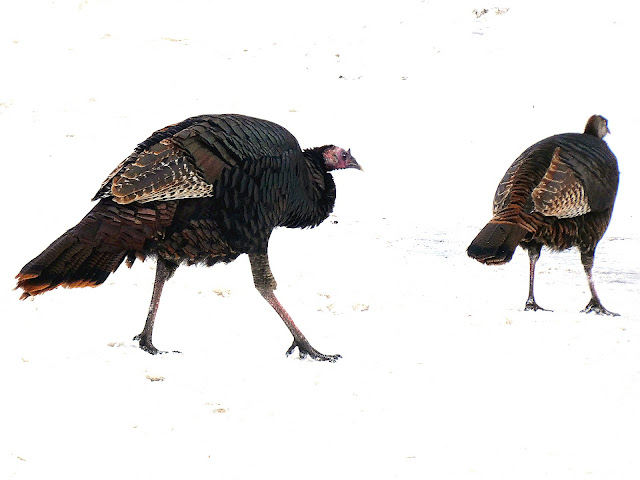