At some point the Agua Fria Trail joined up with the mighty Bluestone River. Miserably the river and trail here ran right next to a road for several miles. But when they finally departed from the highway into their wilderness of stone it was a special relief and celebration. We had some gorp! And salami! Our fancy food was fast disappearing but I think we had a half-crushed package of Kit Kats too. We might then have played some gin, or we might have been over it. The gin obsession tended to reemerge in fits.

And then, of course we walked. After camping on the river the first night we hiked possibly our longest day- surely far more than 20 miles, but as we've discussed I was not a good judge of distances covered. On some level we were eager to get into Paradise Canyon, one of the 11 Wonders of the World, but to be fair I just used any excuse I could to motivate us to keep moving along. Moving along was never easy, but sometimes it was way easier than others, and I was learning to grab those opportunities when I could.

The truth was that we only gradually, step by step, entered Paradise Canyon. It sort of grew up around us as we marched on, and there was no single point where we could say "Here we are!". A short wall of  that dense, pale blue stone would rise on the side of our narrow trail, and then recede. Or a grand vista of increasingly imposing buttresses would briefly and dramatically appear before disappearing behind (slightly) more mundane local scenery. Officially there was a specific point at which we crossed the border into Paradise Canyon National Park, but it did not appear to be marked anywhere where we ever saw it.

Eventually, the Canyon was not a question and was unmistakable. Imposing stone cliffs of the most dense and colorful blue rock I had ever seen rose up all about us. The trail, unable to follow the river in its deepening chasm, climbed out to work along various mesas that broke up the great descending depth of the wilderness in the much photographed "Steps of the gods". And so now we ever climbed and descended again, the path winding its way through rock strewn rubble, along lush cave fronts, and through shattered landscapes that felt too big for our planet. The great challenges in our hiking became the deeply slotted streams running down to join the Bluestone river. Some of these required complicated winding and climbing and navigating to find a way down to, only to leave us immediately looking for the way out the other side. These amazing slot canyons would have been astonishing to explore, but we rarely dared to take time for that, usually only doing so when forced to travel miles up them (or down them) (or up them and then down them) to find a path or a likely route out again.

One of these slot canyons, surely more than a hundred feet deep, was so astonishingly narrow that we could, at a carefully chosen spot, leap over it! It was, unfortunately, too great a distance to do this lightly. We first tested how far we could safely jump. Then I jumped over and we roped our packs across before Oliver came across. It should surprise no one reading this account that Oliver was an excellent jumper, and if not for me probably could have just hopped over with his pack on. Although even he was queasy about the great heights here. Jumping over was terrifying, but it was still far better than what it usually took to cross one of these slot canyons normally, so it was a shame we only ever found one of these narrow enough (for me).

One dusk, camped out on a mesa up over a commanding view of the river, I came into the tent and Oliver had his hands cupped over something he appeared to be talking to. "Don't worry, Guv'nor" He said, looking up over his shoulder. "I know you don't like spiders so I'm just taking her outside."

I'm extremely arachnophobic, so I backed far away while he carried the spider, IN HIS BARE HANDS, to a fairly distant spot to release it. When he came back he was in a sober frame of mind. "I need to ask you a favor." He said.

"Well." He said, uncharacteristically hesitant. "You know I'm going to have to bow out of the hike a bit after the next town?"

The thought of it made me sick with anxiousness. But I said "Of course. Whenever you want. Is this going to be about how I have to promise to go the whole way?"

"No, no. I know you already swore to that." (Did I? I wondered). "It's that I realize you're pretty scared of spiders and, could you make sure you don't kill any for awhile?"

I sort of frowned.

"I mean, if there's one in the tent or something I'll make sure to get it out, no questions asked."

I don't enjoy killing spiders. I'm just not going to be able to sleep with one somewhere in the tent with me.

So I negotiate with Oliver. "No matter what?" I ask. "Even if it's two in the morning and we can't find it? Even if I just think I saw one or felt one?"

"Yes." He said emphatically. "You kill no spiders and I will be your utterly faithful spider bodyguard."

"And after you're gone?" I asked. My voice might have wavered slightly.

"Just keep it going as long as you can. That's all I ask."

For the first split second his hand felt like a small, furry paw, but before I could barely register it, it was simply a hand.

Oliver looked at me and grinned. 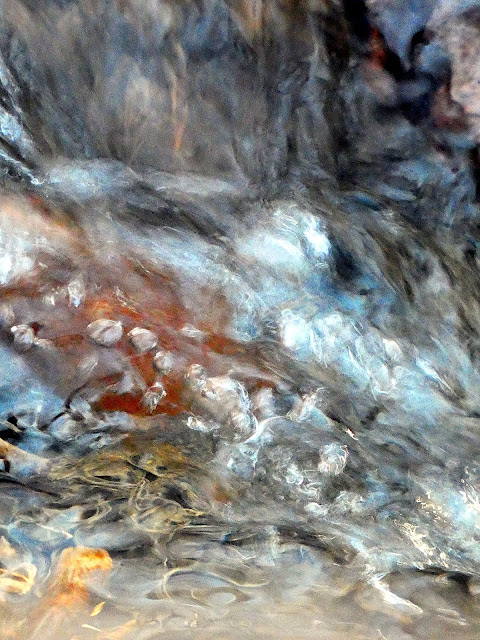