Three people, robed in something that looked like they were made from puffy clouds, were standing in front of Oliver and I as we reappeared in their world, or their world reappeared around us. One of them said "Whoa!"

"Did we disappear?" I asked.

The "whoa" person shook their head yes. "Then you cames back, but kinder transparenty, and I puts ma hand tharew you!"

"Whoa." Everyone said all at once.

"But what was the Winnie the Pooh thing?" I asked.

Oliver kicked me lightly on the ankle and subtly shook his head no.

I rolled my eyes.

"Coo of you to drob by." Said one of the figures. "We mebby expecty you too?" (I'm presenting their dialect as best I can, I know it sounds slightly demented, but I'm probably overemphasizing how much of it was understandable because they spoke kind of fast).

"You expected us?" I asked, surprised.

"He probby dunnut tell you mush?" Suggested one of these people derisively, gesturing to Oliver, in a way that implied that everyone else also found him somewhere on the continuum between the extremes of exasperating and delightful at any given time.

"He doesn't tell me anything." I said with real grievance.

"Striber!" One of the people said admonishingly to Oliver and then flicked their fingers out at him.

"Probably better if you don't call me that." Oliver said in an undertone. "And I have given him as many excellent hints as I am allowed." He protested.

The shortest of the three cloud clothed people took me by the arm and said to me, as they started leading us along to the village, "Well, leasy he brought you ere. You'll lenna thing o two finely. There willby a meet umorrow."

I understood that about as well as you.

Someone was nice enough to take my pack from me. And we were taken to one of the little piled up houses by the little river. The river was bright aqua blue and we crossed it on a pretty stone bridge with detailed carvings of fleur-de-lis gone wild. We went a short way up an alley and I was given my own room there, with a bed, and a bathroom. It was amazing! I mean, yes it was amazing because it appeared to have been built in fairy land, and the bedspread was made out of cloud stuff and was delightfully soft and good smelling, and the bathroom was a wonder of engineering, like the plumbing was made out of waterfalls. But mostly, after almost six weeks of living in the wilderness, it was amazing just for being a room, a private room, inside!

Traditionally in a narrative like this the grimy, travel-smeared main character takes a fantastic shower. But in order to prove to you that this story is all real I'm going to tell you the truth.

I took a poop.

I could go on and on about the wondrous toilet, but I won't. 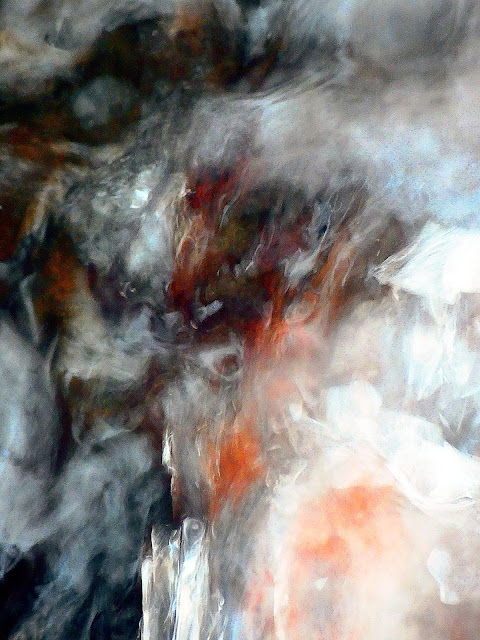