When I got down to West Pine Creek I set my pack down and, after admiring the cool, beautiful water and all its rocky splendor, I prepared myself for a couple of days (it turned out to be more than three) of a different kind of backpacking. West Pine Creek wasn't really a trail. It was a creek. Which is charming and picturesque and even convenient. I never had any problem collecting water to treat and drink for instance. But sometimes there was just canyon wall, water, and then canyon wall again, so that whatever trail there was, technically speaking, was three feet under water. There was climbing waterfalls, trudging through mud, and winding back and forth across the creek hundreds of times.

To deal with all this I had three essential pieces of equipment: an inflatable pool doughnut, some old canvas sneakers, and multiple bags of plastic to keep my pack dry. The doughnut was great and helped me across shimmering pond after shimmering pond of West Pine Creek. Sometimes it was so nice on the doughnut I'd just float on it for a while, resting. The sneakers saved my boots and didn't make my feet into sodden anchors, though they were still mostly unpleasant to wear through long, wet traversing, regularly filling with sand and debris and wreaking havoc on my tender feet. As for the bags? Every part of everything I owned still got wet or damp, but on the plus side it all happened a few minutes slower and was a few small degrees less wet than it normally would have been.

For my first day on the creek I made it 14 miles upstream by my reckoning and maybe about five miles in actual distance, if I was lucky, which I probably wasn't. So let's say I made it four miles up the creek. I wanted to get to a fairly early camp to try and dry things out. But drying things out turned out to be beyond my craft. I even was able to make a small fire, the very first of my trip, and it was delightful. But it only served to singe one of my socks, positively burn part of a shirt, and generally make everything I owned smell of smoke forever more.

Fair enough. It was a beautiful fire, and worth near to any cost. It warmed my soaked cold parts. It roasted my salami, which was my first dining innovation that was an unmitigated success. And it provided endless, heartening entertainment with its glowing wonders. Fires are magic.

But, arguably, not as magic as talking rabbits, one of which I was joined by as my flames crackled and the last dribbles of light leaked out of the sky.

I was fussing with the placement of my sneakers around the fire when I heard a curious attention seeking noise like "Ehhhh..."

I looked over. "What's up doc?" The rabbit said.

I was super excited, "I have your carrots!" I exclaimed.

The rabbit perked up alertly, his ears springing straight into the air. I dug the carrots out of my pack. "Sorry," I said. "They're a little damp"

"Maybe just throw them over here?" The rabbit said cautiously.

I threw them over. He sniffed them all over. I mean all over, muttering things like "Oh, good, good color. Tasty, tasty. These will do, these will do. Oh yes. Ohhhhhhh, yes. Loamy. Good, good." And so on.

"I understood that now I can ask you some questions about talking rabbits, and magic, and the nature of the universe?" I ventured.

"No, no. Sorry. Not that." Said the rabbit. "Doesn't work like that at all. I just end up making stuff up and lying and what's the point, hmm?"

It seemed to be a genuine question, as he simply left it there hanging.

"You could tell the truth?" I suggested.

"Oh no. The truth is much too fancy for a rabbit like me. I'm sure I'm not up to it. But..." He said grandly, "I've got some good stuff for you. Let's see. Let's see." He twirled around oddly, like he would find the thing he was looking for if he could just catch up to his tail. Then he stopped, confused, and said "I thought I had some notes to work from, but, er, I'm a rabbit, so no notes, I guess."

He paused and looked at the carrots. "Do you mind?" He asked.

He started nibbling on the carrots for a while, humming something I couldn't make out.

After some gnawing and nibbling that I watched with interest for a surprisingly long time he looked up at me. "Right. Where were we?"

"I actually have no idea." I replied. "You were looking for some notes and weren't going to answer any of my questions?"

"Ah, yes!" He exclaimed. "Thank you! I'm sure I can wing it" Then he sort of rose up, as much as a jackrabbit is able to do, for he never stopped being a jackrabbit. And then he spoke, as if in a recital.

"As the keeper of the fallen star you will have five guests. They will accompany you, one at a time, whether you want them or not. And so shall they leave. Take you they will to the final destination where you will rescue the world as we know it, oh hero of the age, though it will be way less fancy than you might imagine. And also it won't seem like much to anyone. Also, you will receive no reward, recognition, and probably not even all that much personal growth. But I, your first herald, would still like to thank you, provisionally of course."

The rabbit lowered down and started nibbling some more carrot.

"Oh, pretty much. The version I had was way better but..." He trailed off.

"You're the first herald then?"

"Oh my! Will you look at the time!" The rabbit exclaimed, looking up at the sky like it was an oversized alarm clock. I'm going to be..."

"Late." I finished for him.

And then he was gone. 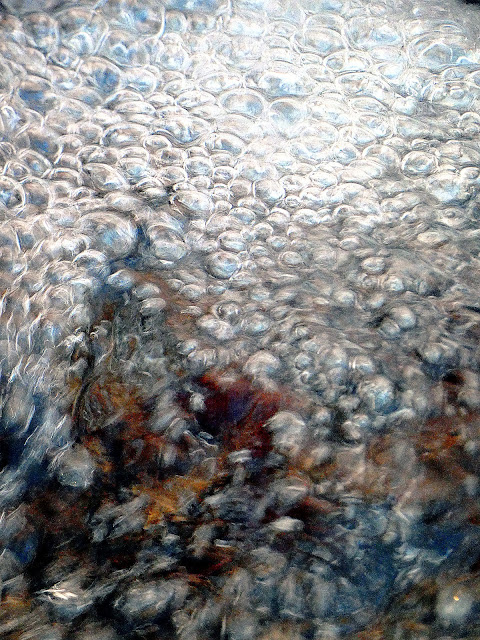