Chapter 14: Failing to Get to Town

Chapter 14: Failing to Get to Town

The rain stopped, and it was glorious.

But by then we were so addicted to playing gin that we played all morning despite the glorious sun and the beckoning world.

Ten thousand is a lot of gin points, but we'd been playing at a steady clip, so it's not as bad as it might sound.

And after wringing everything out and packing up we were probably on our way by one in the afternoon, so it wasn't completely irresponsible. We covered a reasonable distance that day and were even able to get a fire going that night. And with that fire, and the clean, thin, sunny air we were dried out by the next morning.

From there it was simple hiking.

We came out of what were officially mountains into something more like ranch land. It was not the most inspiring hiking of the Agua Fria Trail. Dusty dirt roads, skirting herds of cattle, and even seeing neighborhoods of houses across a dry grassy field or two, maybe containing a goat, or a couple of barking dogs. There were even four or five miles going along country roads, which I hated. The trip ran in this way well past the two week mark and sometimes felt horrifyingly long. The horrifying part being in how it was such a tiny portion of what was still supposed to come. But I didn't feel up to voicing my doubts again about it all with Oliver, so I figured I could stick out however long he was staying with me, and then I could decide for myself. Indeed, I consoled myself with thoughts of stopping my trip a little way after he departed. How could he blame me from there?

After 17 days in we both started to think and talk obsessively about resupply. We were hanging in there with Oliver's clever foraging and cooking, and, in addition to that, with me eating salami (but starting to ration), and leaving Oliver to most of the (fast disappearing) gorp. We figured there were four more long days of hiking to the first Post Office, where a package that should be there for me waited. But it was also in a real town, albeit a small one, and I had money. So we talked a lot about pizza. We were obsessed with pizza actually. We divided our food into four puny parts each and became motivated to cover the miles at a wildly increased pace. We carefully considered our (always vegetarian) toppings in long, feverish discussions.

But our last, roughly 75, miles weren't easy though, as we were headed for one final section of real wilderness, the Gold Diablo Recreation Area, a rowdy area of canyons and towering rock and stone that looked like it had flowed from hell and frozen perfectly in place, thrilled, as it was, to join the world of the living. It was beautiful but difficult, replete with relentless climbing and descending and more climbing and endless winding about, all finding a complicated way through a land better enjoyed and admired than crossed. It didn't help that we lost the trail more than once here, but fortunately our general overall direction was clear.

I saw things in Gold Diablo that I have never seen elsewhere; groves of little stone towers almost like a field of people, quiet Spring streams pouring through holes in the rocks, and Indian Ruins with wall paintings full of designs I've never seen in books. We even saw a pictograph of what looked like a rabbit that enchanted Oliver so much he said “Cor Gov'nor. It's me.”

But I have to admit it an unfair, possibly unwholesome amount of it was lost on Oliver and I both. We hiked from dawn to dusk, eating just enough to get by, playing more cards at night, and sleeping like the dead. We were single-minded, focused with a mania-like intensity on pizza in a town that probably didn't even have pizza. The thought drove us like a madness.

Which is maybe why we hiked six miles past the turn off to the town.

We only realized it when we hit a marked trail sign, consulted our map, and understood our folly. Our hearts dropped and we were spiritually broken. Oh, and mentally broken. And physically broken.

We immediately made camp. We ate every scrap of the rest of our food. And then we lay down to die.

First we played some gin though. 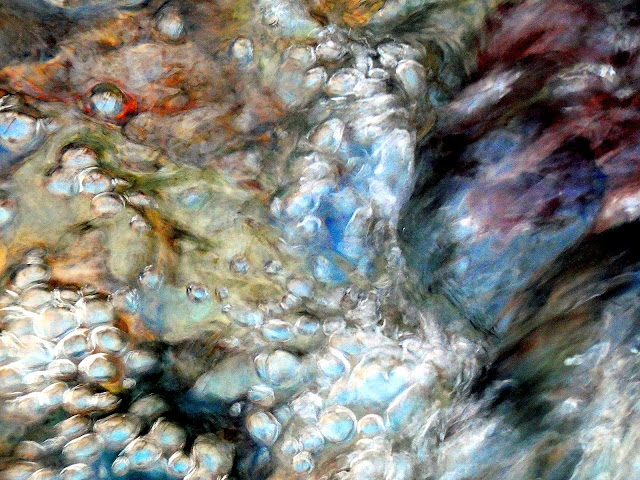